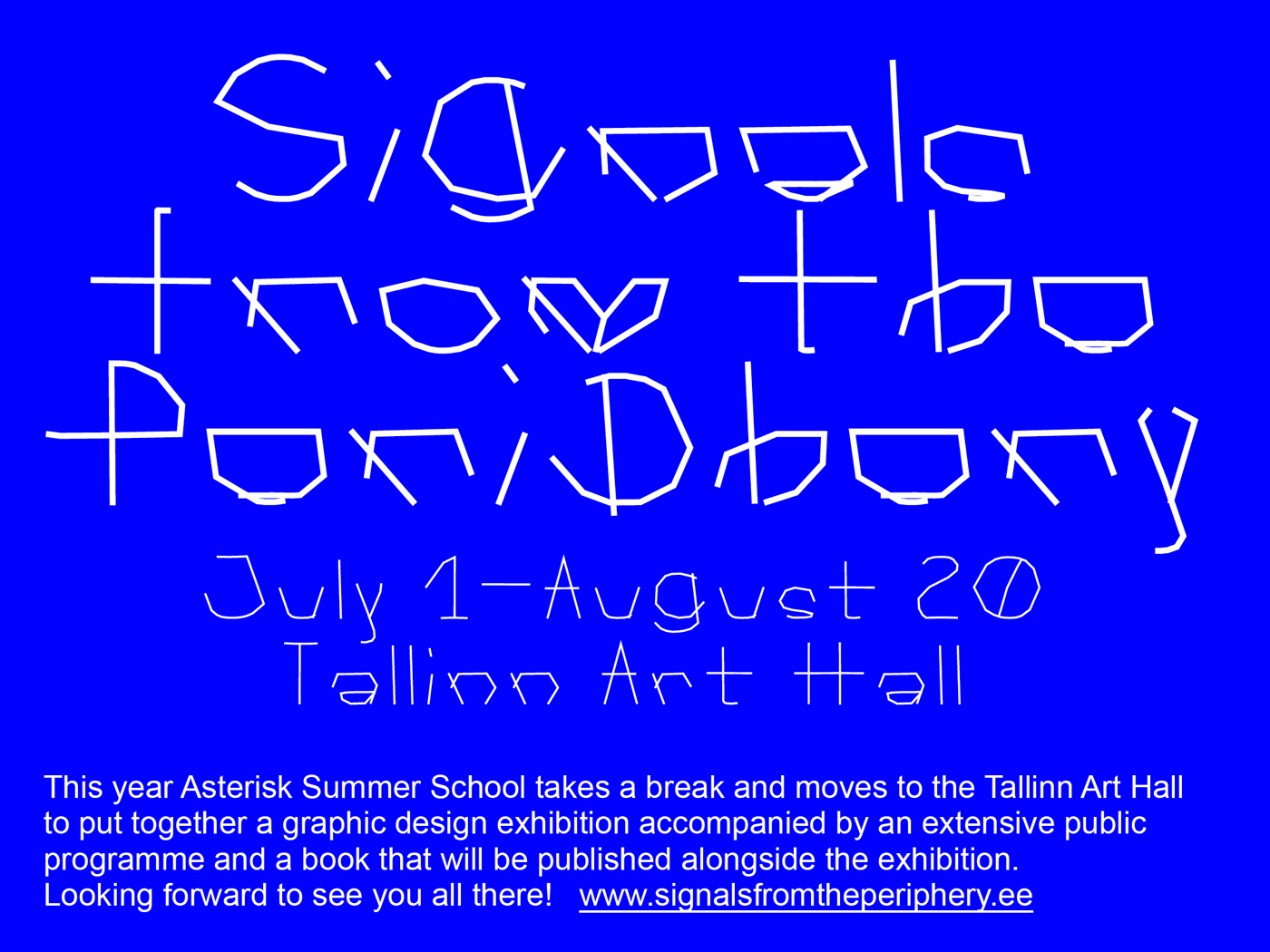 Nils Norman is an artist living in London. He works across the disciplines of public art, architecture and urban planning. His projects challenge notions of the function of public art and the efficacy of mainstream urban planning and large-scale regeneration. Informed by local politics and ideas on alternative economic, ecological systems and play, Norman’s work merges utopian alternatives with current urban design to create a humorous critique of the discrete histories and functions of public art and urban planning. He exhibits and generates projects and collaborations in museums and galleries internationally.

He is a Professor at the the Royal Danish Academy of Art, Copenhagen, Denmark, where he leads the School of Walls and Space.

Margarita del Carmen is a Chilean-Danish artist living in Copenhagen. She graduated MFA from the Royal Danish Academy of Fine Arts in 2015. Margarita explores relations between sustainability and pedagogy through creative, artistic processes both through works and exhibitions as well as concrete design solutions and workshops. Margarita’s practice uses ecosystemic analyses of space with a focus on their everyday character as it’s starting point. She works with different interweaving medias such as installation, performance, sound, video and text. Here, converging questions and playful inputs bring forth ideas regarding how our relation to each other and to our surroundings can be further explored.

Kristian Byskov is a visual artist and writer living in Copenhagen, Denmark. Since Kristian began working as an artist around 2001, he has worked multi-disciplinarily in various intertwining fields, making collaborative, process-based and critically engaged work. He graduated as MFA from The Royal Danish Academy of Fine Arts, The School of Walls and Space, 2013.
Kristian is currently working in different fields: literature, writing novels and manuscripts; theatre and performance; and design pedagogy – all joined through collaborative processes relating to space design. In this intersecting network of fields and subjects, as well as several connections through groups, collectives and friends, Kristian creates a practice with a lot of room for research and play.

Gailė Pranckūnaitė is a graphic designer currently based in Vilnius. She graduated from the graphic design department of the Gerrit Rietveld Academy Amsterdam in 2013. Her practice focuses on printed matter and web-based projects, combining graphic design with experimental typographic adjustments, editorial input and sounds. Since 2015, with Mislav Žugaj, she is part of a collaborative research unit called Sprawl, seeking to use science fiction as a tool for enquiry, turning the ongoing spread of cyber and urban sprawl into a visual, literary and social artistic methodology with an activist agenda.
Currently based in Vilnius.

Mathew Kneebone is an artist interested in the cultural mechanisms that we adopt to cope with technological change. He completed his MFA from the Werkplaats Typografie in 2014 before participating at the Jan van Eyck Academie. Since participating at the Werkplaats Typografie he has been researching the history of electronic innovation coupled with superstitions induced by user anxieties. This research often combines examples of engineering, technophobia, planned obsolescence, and black-boxing with allegorical superstition, spiritualism and the occult. Drawing and writing provides the foundation for materialising this research, which in-turn informs the creation of his sculptures and performances.

Stuart Bertolotti-Bailey is (1) a graphic designer and publisher, co-founder and -editor of the left-field arts journal Dot Dot Dot and its successor Bulletins of The Serving Library, (2) one half of the artist duo Dexter Sinister together with David Reinfurt, and (3) one third of archiving-publishing engine The Serving Library together with David and Angie Keefer. He currently lives and works in Liverpool, and teaches at HEAD in Geneva.

James Langdon is an independent graphic designer and writer. He is one of six directors of the artist-run gallery Eastside Projects in Birmingham, UK; and founder of the itinerant School for Design Fiction. In 2012 he received the Inform International Award for Conceptual Design, presented by Galerie für Zeitgenössische Kunst, Leipzig, Germany. He is presently working on a biography of English designer Norman Potter (1923–1995) as a teacher.

Kaisa Sööt is an artist and carpenter based in Tallinn. In 2013 she graduated from the Fine Arts department in Gerrit Rietveld Academie and recently received her carpenter certification from Tallinna Ehituskool. Since 2014 she has been collaborating with Julia Retz under the name Retz & Sööt, their last project being furniture design for Casa do Choro, a music institute in Rio de Janeiro. Their practice is focused on finding spacial solutions for educational and cultural environments in a context-sensitive and process-led way.
Web: retzsoot.com

Brit Pavelson is a Tallinn-based designer who likes to experiment with the role of a designer across various fields. She has published a film magazine with a group of friends in Amsterdam, redesigned the identity and infographics of Tallinn’s public transport system (as part of Disainiosakond), as well as worked for various art institutions and public sector clients. Recently she has collaborated with a feminist project space Nancy Nakamura Ideederiiul, redesigned a cantine at a social house in Tallinn and collaborated for the Estonian Pavilion at last year’s Venice biennale. She has graduated from the Rietveld Academie and occasionally teaches at the Estonian Academy of Arts.

Past summers we’ve built a dragon, wandered around sleeping on the streets of Tallinn, shopped like it’s still the Hanseatic Union, run an analogue TV station in Balti Jaam, abstracted Tallinn street typography, speculated on the future Talsinki island, run a live pop-culture magazine, merged our minds for collaborative writing and publishing, assembled an abstract film, and built a sauna on a train.

The cast of this year’s summer school is more of a segasumma suvila* than ever before. Asterisk Summer school 2016 brings together a variety of different practices, approaches and themes – a potpourri of backgrounds and fields brought together under the skies of summery Tallinn.

The program for the Asterisk Summer School consists of two sets of daily workshops and two days of seminars. Each participant can take part in two workshops in total. Next to the action-packed workshop days two additional days are programmed, with workshop presentations as well as talks by tutors taking part in this year’s summer school. These days are open for the general public to join. A more detailed programme will follow in the beginning of July!

If you have further questions, offers or other thoughts, don’t hesitate to contact us via email summerschool@asterisk.ee

— 36 participants in total will be accepted

— Applicants will be accepted based on the submitted work and CV

Participation fee for the summer school is €200*. The amount includes workshop fees and basic work materials.

*Participation fee for Estonian students is €100.

To take part in Asterisk Summer School, press the button ‘Apply’ on top right corner of the page.

Asterisk Summer School evening programme of talks and presentations takes place where both participants as well as tutors present their work. Locations for the events vary from our main venue Port Noblessner to different spots around town.
Stay tuned, more updates to come!

All talks and presentations free of charge!

TUESDAY, 26.07 – 20:30
BBQ at Lugemik Bookshop & presentation of Ott Metusala’s book ‘Nobody Expected There Would Be Much Discussion About It’. Introduction will be made by Kai Lobjakas, director of the Estonian Museum of Applied Art and Design.